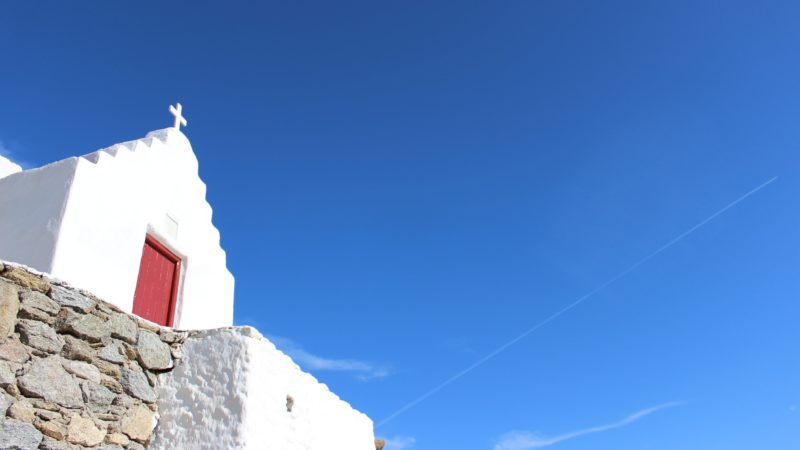 Mykonos island was once known for having hundreds of windmills that could be seen from miles away. They were used to grind grain by islanders and were a reminder of an old tradition brought by Venetians who effectively ruled the island until the 16th century.

With the arrival of the 20th century and more efficient technologies, the windmills were replaced as the most numerous structures in Mykonos. They have slowly given way to hotels, restaurants, and Mykonos luxury villas.

Now churches reign unchallenged as the most recognizable feature on this awesome Greek island.

There are over 1200 churches today on the island, meaning that there is roughly one church for each family living in Mykonos. However, not all were built to hold services.

According to the tradition, most of them were built by families that wished to secure safe passage to the afterlife for their loved ones when they passed away. But there is also a historical element playing a major role in this religious expression. 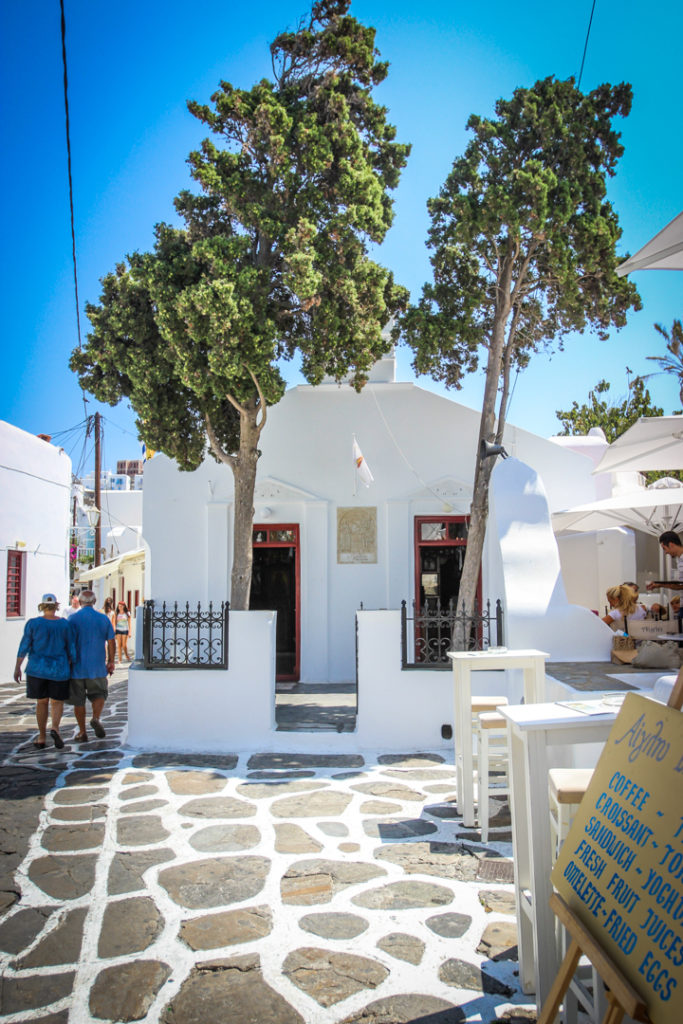 After the Great Schism in Christianity, Europe was divided between Catholics and Orthodox Christians. Western Europe remained Catholic, while the Orthodox church dominated the eastern lands, including Greece. However, certain parts of the Mediterranean Sea were conquered by westerners.

During the Venetian rule, between the 13th and the 16th century, the Cyclades islands remained a Catholic territory for the most part. There was a constant tension between them and the Orthodox church, but they maintained a balance. It was during the 16th century that this balance was broken when the Ottoman Empire expelled the Venetians and imposed a harsh rule in the Cyclades.

As a strategy, the Sultan favored the Orthodox Patriarch as a religious authority. The Catholics were considered vestiges of the Venetian rule. So, in the hopes of reducing their influence, the Ottoman empire allowed Orthodox churches to be built anywhere they pleased. This produced a rapid expansion of churches as a way to assert territorial dominance. We can see the effects of this religious conquest throughout the Cyclades. Most islands have hundreds of little churches in the most unexpected places.

Interestingly enough, these churches are now built by families who wish a place to worship privately. It is not uncommon to find small churches, sometimes too small for a grown man to enter, in the heart of a forest, or remote caves. 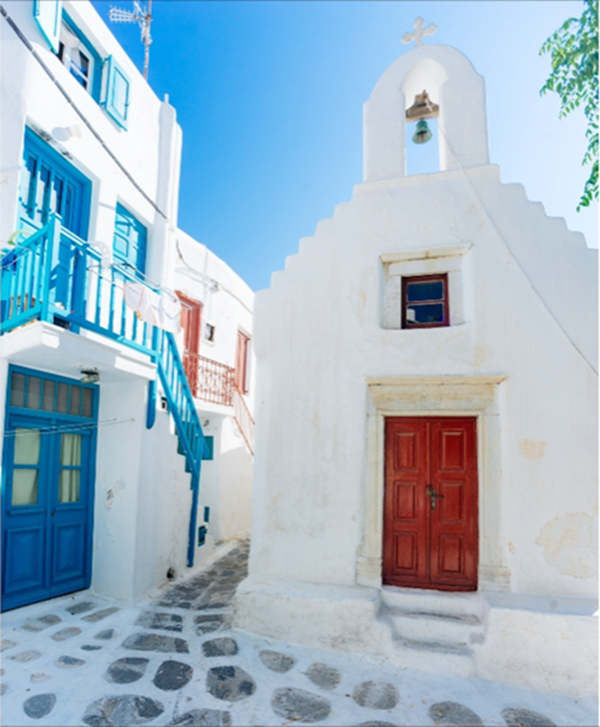 These tiny churches have other connotations as well. Most people on Mykonos perform activities related to sailing in one way or another, so fishermen devote them to sailor patrons. Greeks are really spiritual people, and they have built strong ties with the sea and the mystical shroud that surrounds it.

Anyone coming to Mykonos will certainly stumble upon many of these buildings devoted to religious contemplation. However, there are two of them that are worth a mandatory visit for those visiting or taking advantage of Mykonos villa rental offers that now populate the web.

The Panagia Parapotiani Church is the most well-known temple in Mykonos. It is said to be one of the most photographed sights on the island. Its stucco walls reflect the traditional color of the island: a blinding bright white.

This Orthodox temple was built on one of the side entrances of an ancient protective wall. Its name means “side entrance”.

The Panagia Rosario is literally the last catholic temple on the island. It is dedicated to Our Lady of the Holy Rosary, and you can see it close to the last remaining windmills above Chora. The services in this church are performed in several languages to cater to Catholics coming from all parts of the world.

Its most valued piece of art is the painting of the Virgin and the Holy Child flanked by St. Dominic and St. Catherine of Sienna. The painting was brought from Venice in 1715 but was severely damaged by a fire in 1991.

But these are just two of the hundreds of beautiful buildings dedicated to spiritual contemplation on the island. It is said that when Jackie Kennedy visited the island in the ’60s, she fell inside a fairy tale. Every church in Chora rang its bell, and the town was filled with their sound. The island still manages to recreate this atmosphere, and people are often so moved by it that many look into Mykonos Greece villas for sale.