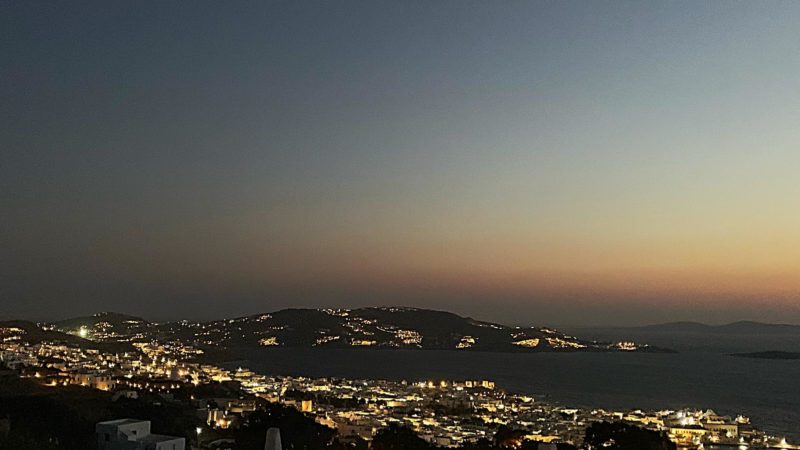 Enjoy the last part of our Discovering Mykonos series – here you can find Part 1 (Autumn), Part 2 (Winter) and Part 3 (Spring).

June may not be as busy as July and August, but you do see people everywhere. Parties are in full swing. You are likely to get stuck in traffic several times.

Prices double by this time; they triple by the end of this month. Some of the best hotels and top villas are often fully booked. Even if you find availability at your favorite spot you may have to book a stay for a minimum of 4 days; otherwise, many sites will say the venues are “sold out” (this may be a marketing gimmick or they simply think it is not worth to get bookings for less than 4 days. Fact is that the hotels may not actually be fully sold out).

Following a winter of heavy rains (which is not the case every year), the idyllic green of the island may still be encountered during the beginning of June. Toward the end, this will certainly fade, giving way to barren land. However, Mykonos does not lose its natural magic or attractiveness; it is merely replaced by an indescribably positive atmosphere—an energy of excitement is felt throughout. Temperatures rise to 27 degrees (if not more).

Look at some of the images below taken of Mykonos in June: 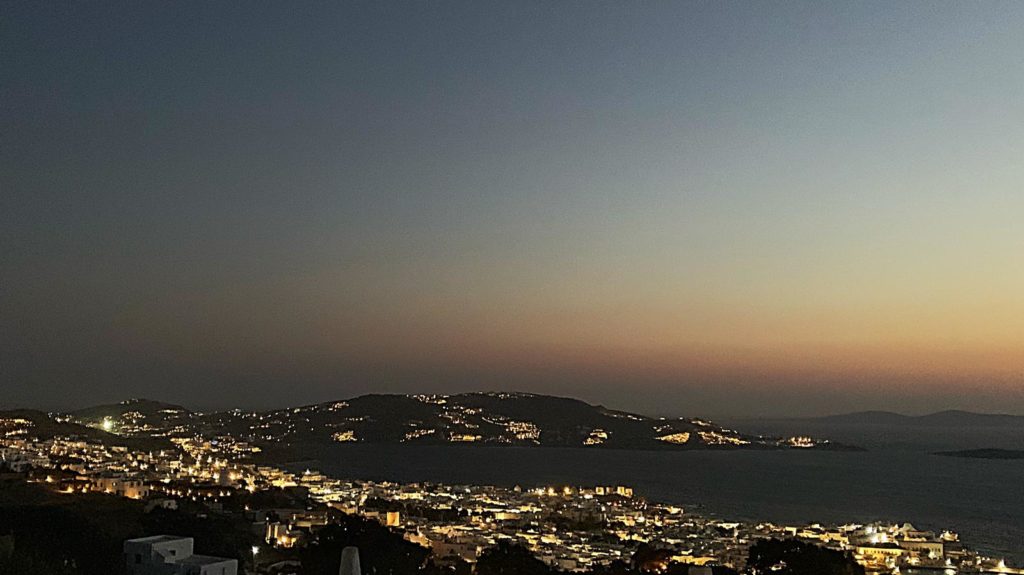 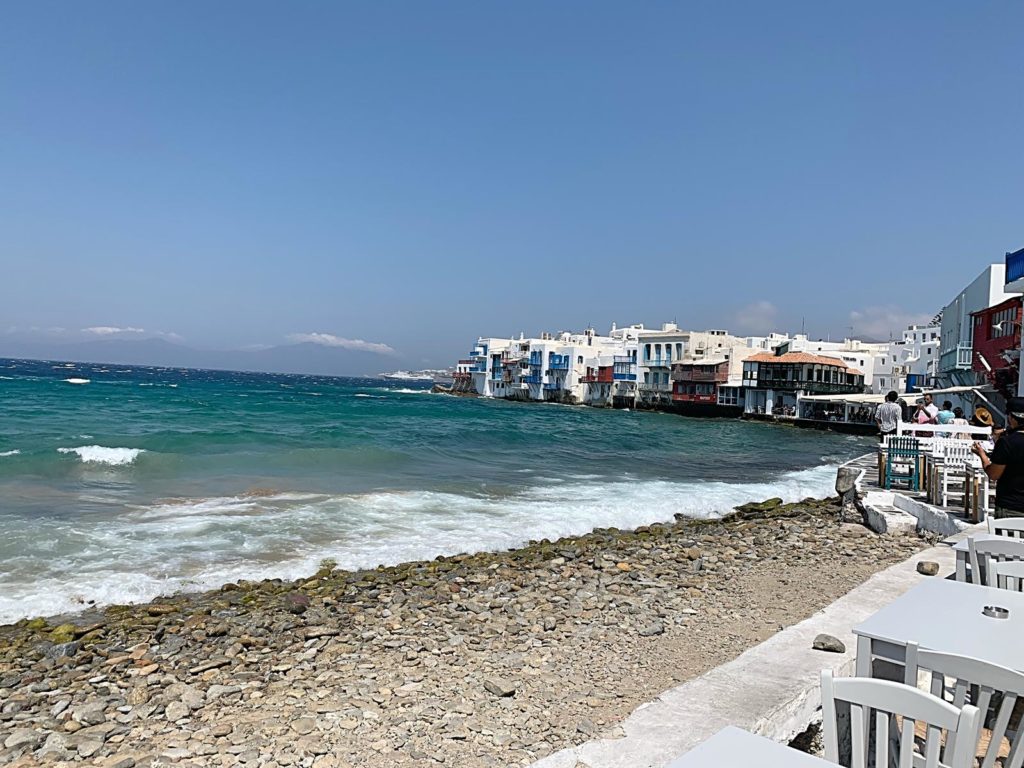 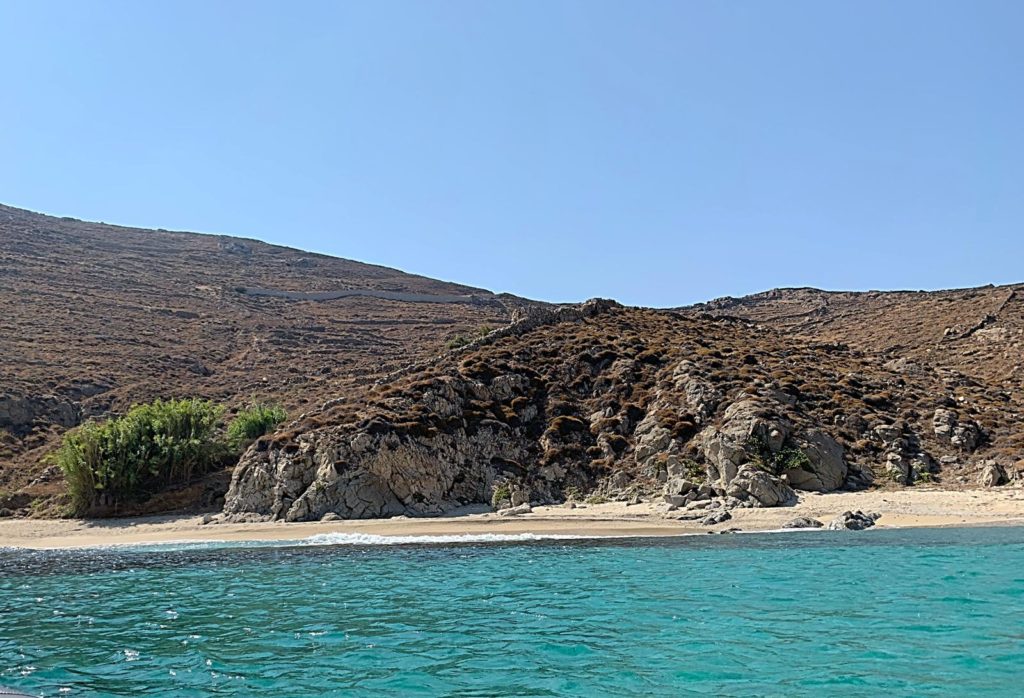 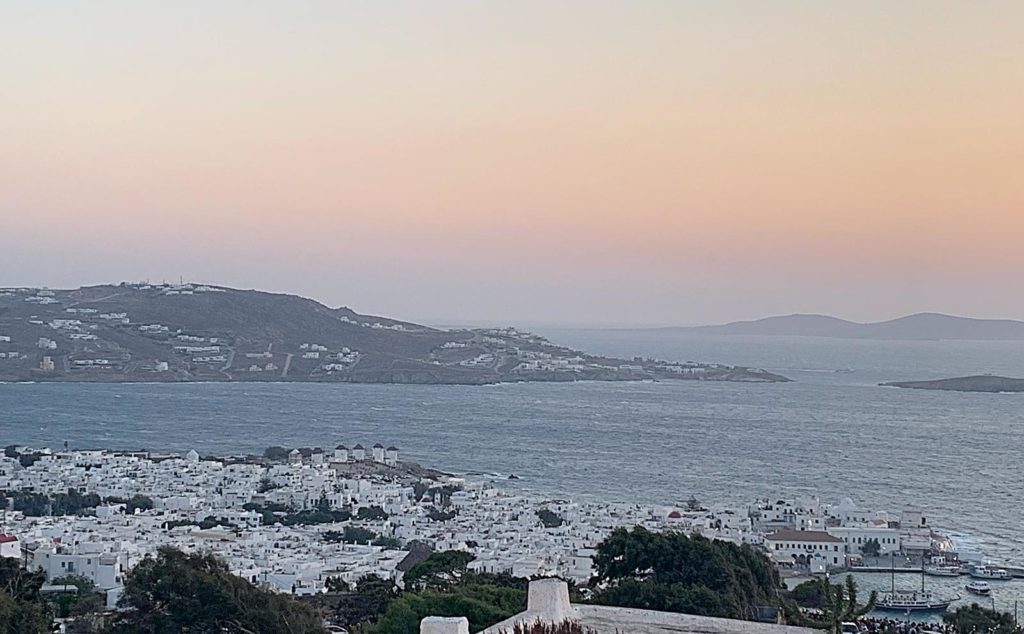 This is peak season: sky-high prices, packed places, a fabulous mix of people from all races and ages, lots of sunshine, and temperatures soaring till 36 degrees.

There is a wide variety of parties in town: on the many beaches or at the ever-growing beach clubs. This is when Mykonos truly turns into one of the high-end, luxury party spots. It is positively renowned for this season.

Due to the high prices, many luxurious venues, world-class DJ events, and areas with numerous international luxury brand stores may not be financially accessible to all tourists, especially during times when these attract countless A-listers from all industries and from across the globe.

However, I disagree that Mykonos during July–August is only for billionaires, multi-millionaires, and celebrities.

Mykonos has been growing its range of accommodations rapidly. During any month, including July and August, one can always find cheaper hotels, or affordable villas (https://mykonosestates.com/rent-a-villa/), which, if shared among several friends, can be a third of the price as compared to a standard hotel room.

Make sure to pre-book tickets and get reservations for any well-known beach party, restaurant, or bar. If you want to spend less, just pick a nice, local souvlaki place or other smaller Greek restaurant in town where you can get something for less than EUR 10.

Some pictures are provided below of Mykonos in July: 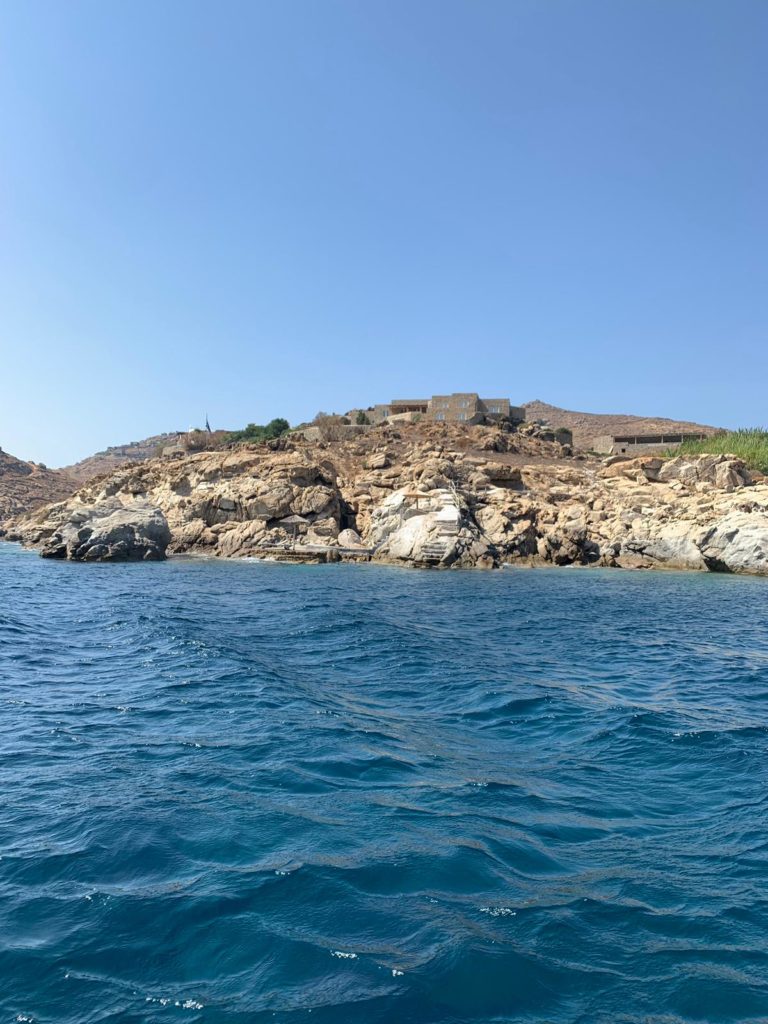 Stone villas after Kalafatis with access to the sea 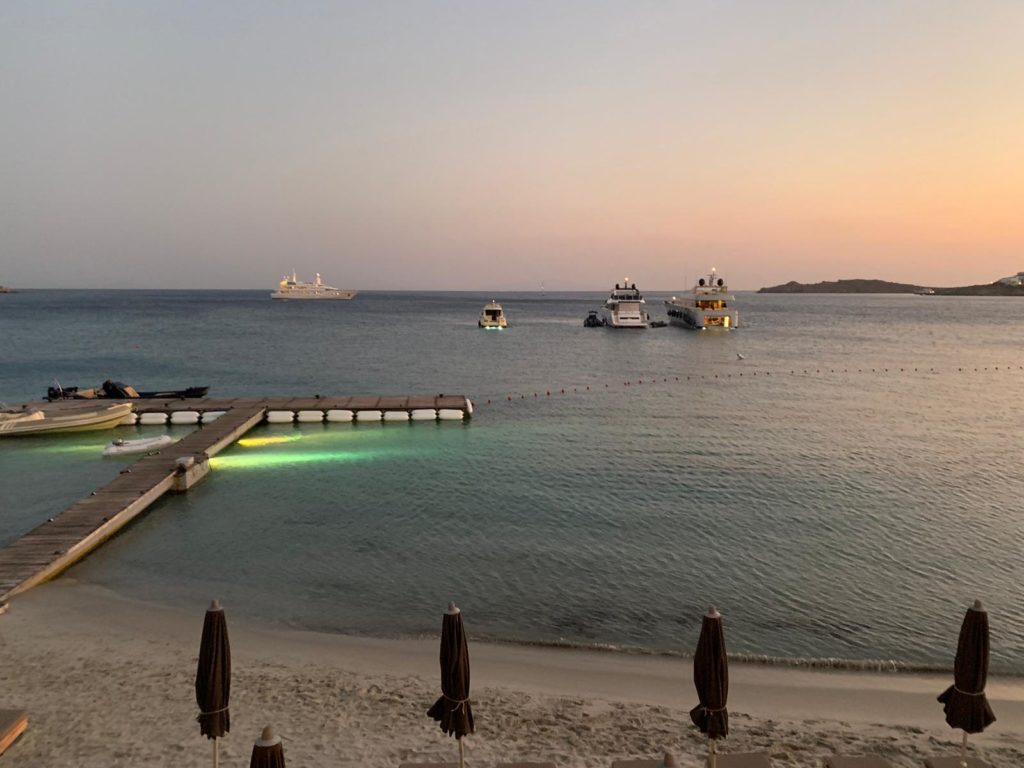 SantaMarina at sunset from Buddha Bar 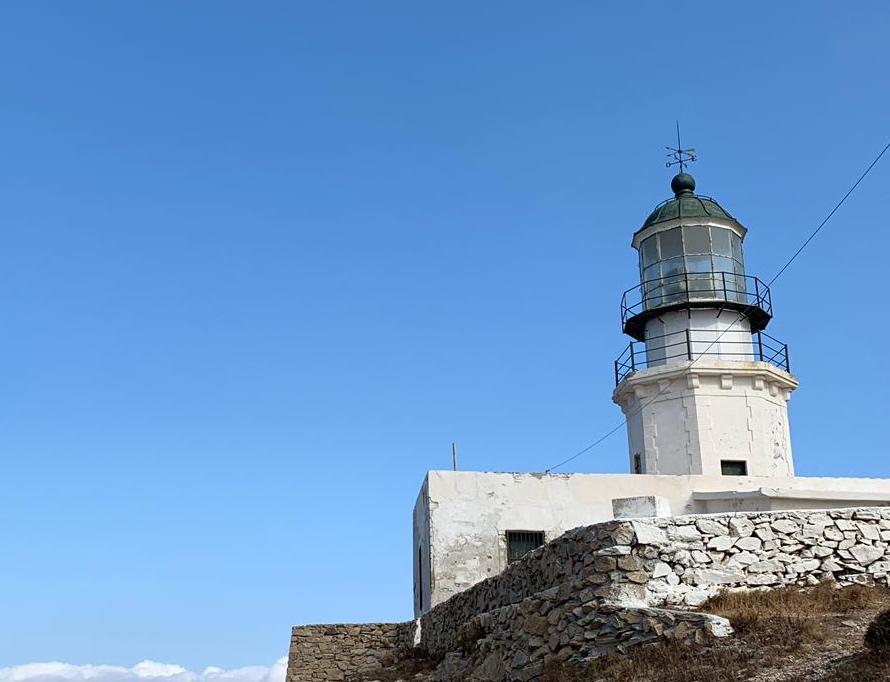 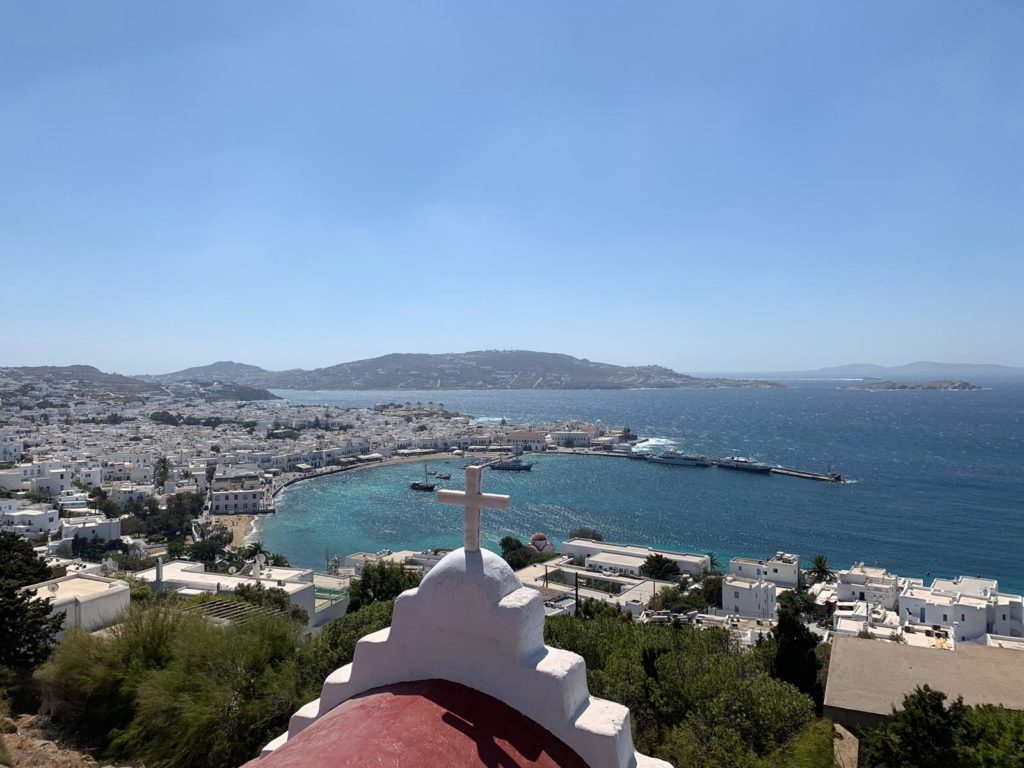 From above the city

August is very similar to July. However, I always find it much windier, which is good especially when temperatures reach the mid thirties.

Mykonos is as busy and as expensive as July, but offers the same vibe and atmosphere. If you are looking for fun and the sun, this is the place to be.

Furthermore, while Mykonos has been LGBT friendly for decades, August is when there seems to be particularly large and eclectic crowds of such orientation. This adds to the bustling positivity of this metropolitan island.

Check out some of the images below taking of Mykonos in August: 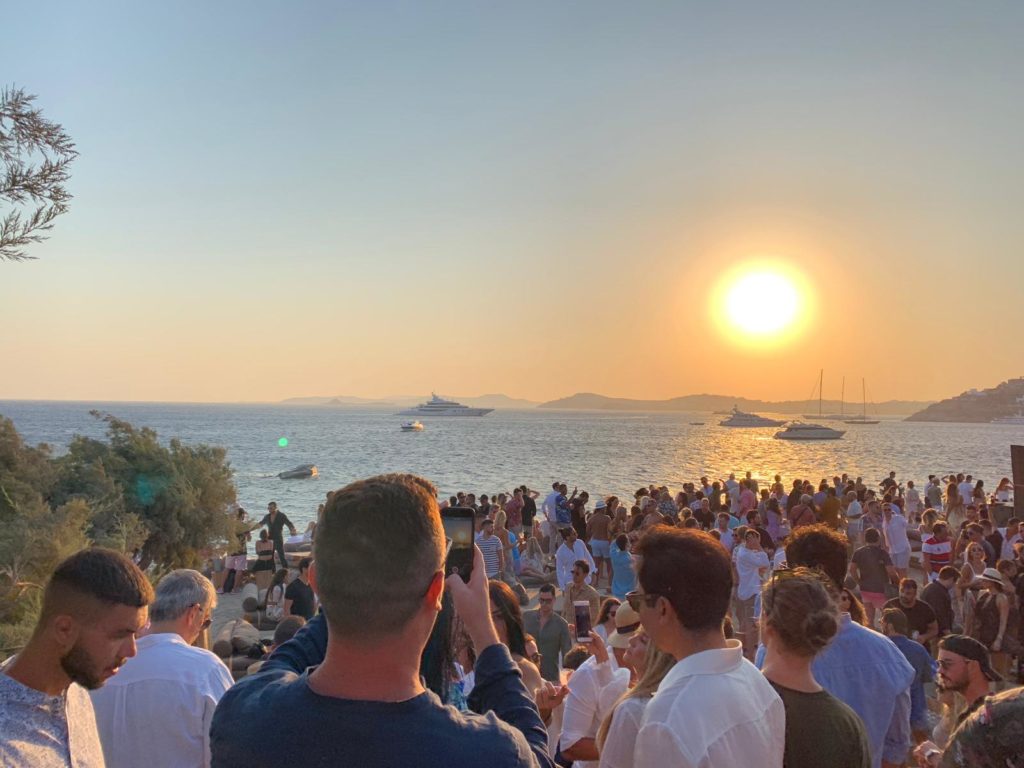 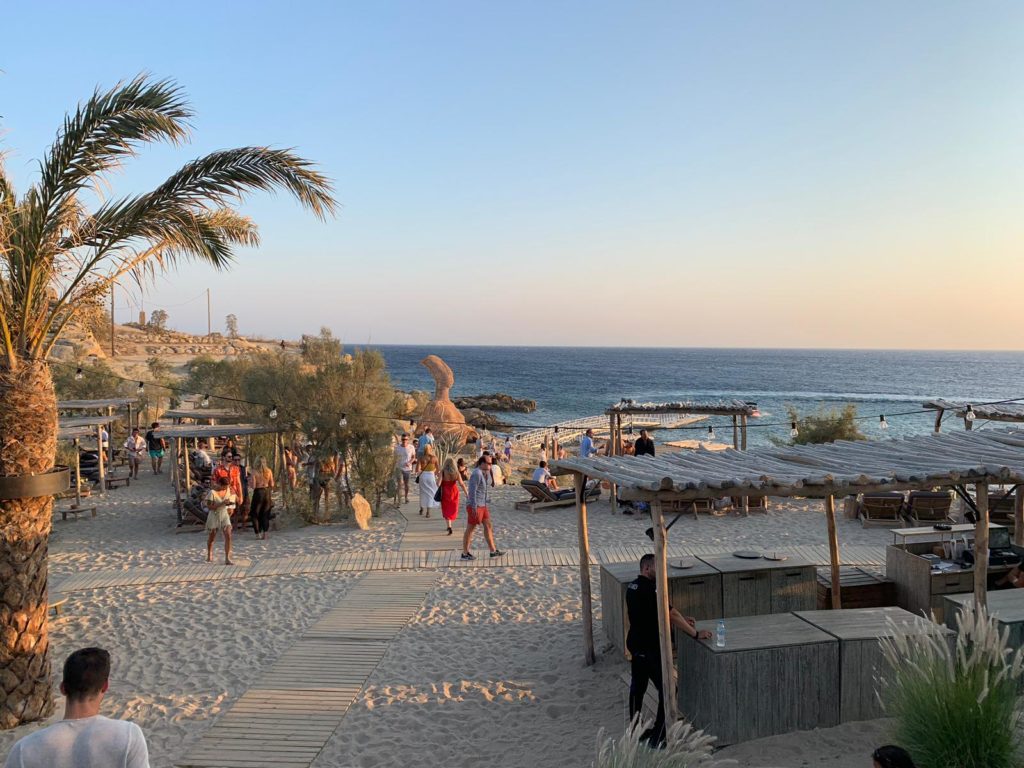 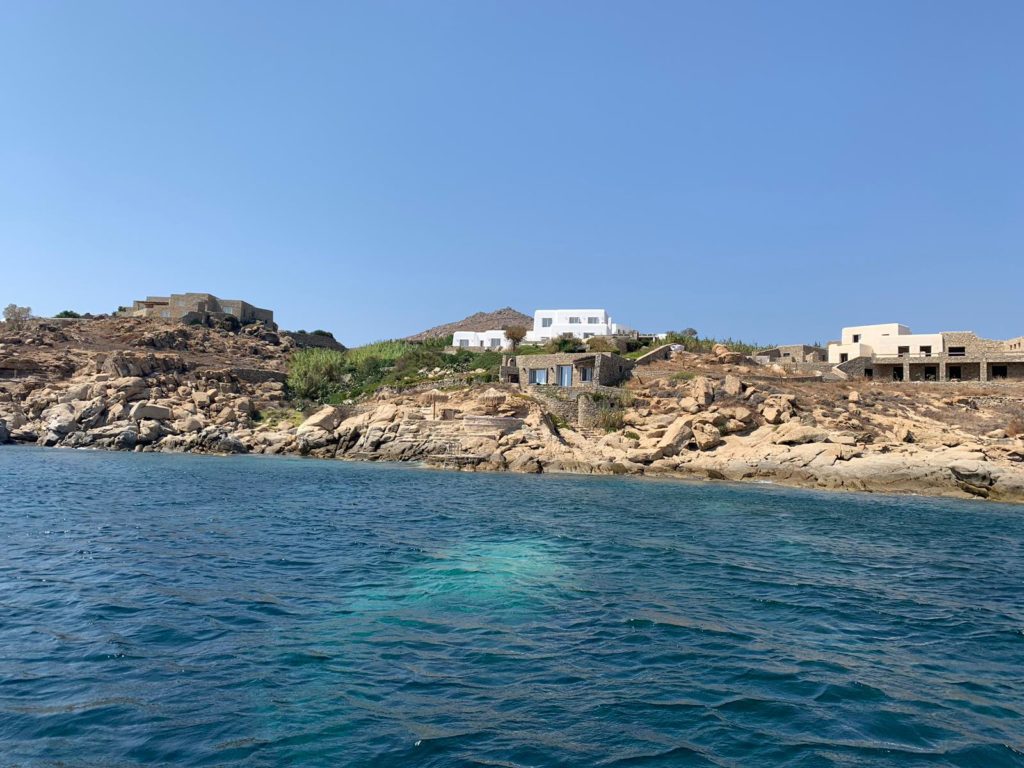 Some villas in the very northeast after Kalafatis 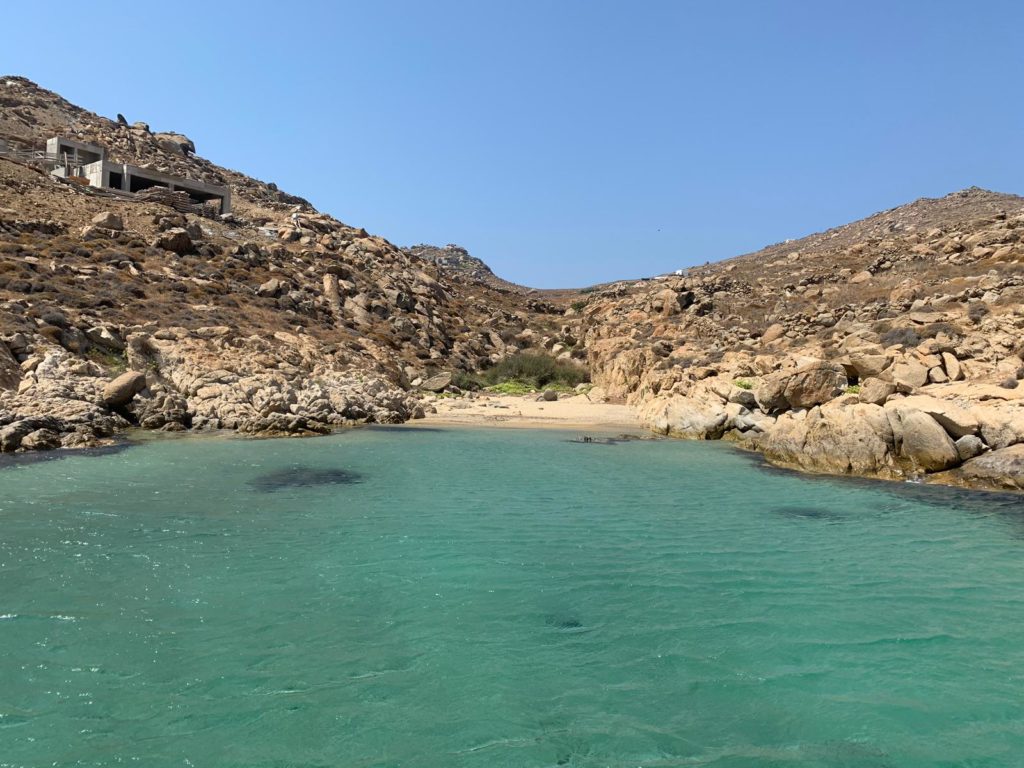