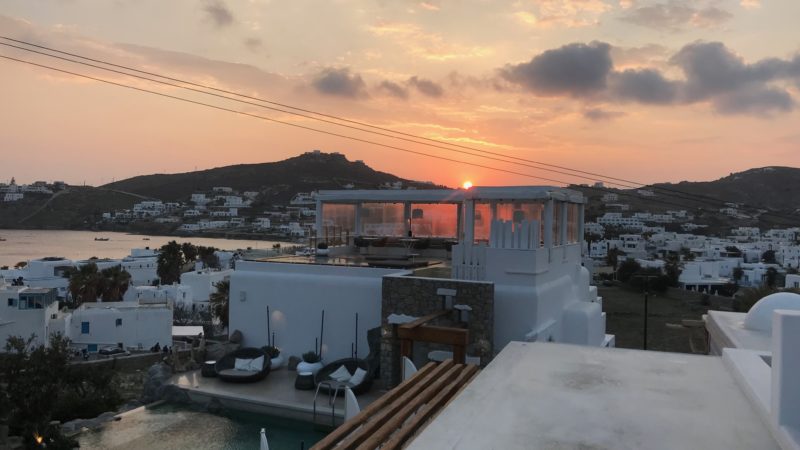 It’s 2019. Mykonos may once, if merely a few decades ago, have been a place known to few, eccentric and, often, LGBT-minded travellers. However, times have changed for this small metropolitan island.

Now, it is not only a hotspot in Greece, but, and especially over the last 5 years, has undoubtedly grown to be globally favored as an island for high-end, luxurious holidays.

It continues to attract an ever-growing international crowd owed to its mesmerizing views, stunning hotels and villas, arguably the best collection of accessible beaches with clear blue oceans in the Cyclades, an endless variety of food and entertainment and a picturesque town. Despite this rise in popularity, Mykonos has strictly maintained its Greek style. Moreover, thanks to its growth, it has managed to emphasize its own unique aspects further.

This is owed to Mykonos being a relatively small island as compared to other popular island destinations in Europe. It has thus been able to maintain its unique, memorable traits.

The island does not boast tens of thousands of permanent residents; instead, the population barely touches the 15,000 mark, of which approximately 4000 would likely be foreigners.

However, due to its size, many people may think Mykonos to be really eventful only between June and September when it is bustling with people. Well… think again. There are a plethora of reasons to visit Mykonos outside this peak tourist season.

In the following text, I will provide some insight as to what Mykonos is like during each month. I will keep it short and punchy, focusing on highlights regarding weather, scenery, accommodation and key things to do.

Regarding temperature, do note that all weather applications – e.g. BBC weather, Yahoo Weather, The Weather Channel,…., Dark Sky (by far the best but costs a few pounds)– will show temperatures for Mykonos up to 5 (if not more) degrees lower than what one would actually experience, especially in direct sunlight without shade or no/little wind.

It may be quieter than August. However, over recent years, this has become the favorite month for many travelers.

Why? The weather is at its best: up to 32 degrees, very sunny, and less windy than August. September is currently so popular that most things are in full swing. Prices are lower, but there is not as much difference as there was in the past. Even toward the end of the month, prices may seem higher than in May.

During the last couple of weeks in September, you may encounter the odd day with heavy rains. Thus, ensure to be prepared for this event.

Right below are some examples of what the island looks like in September:

From behind Ornos evenings 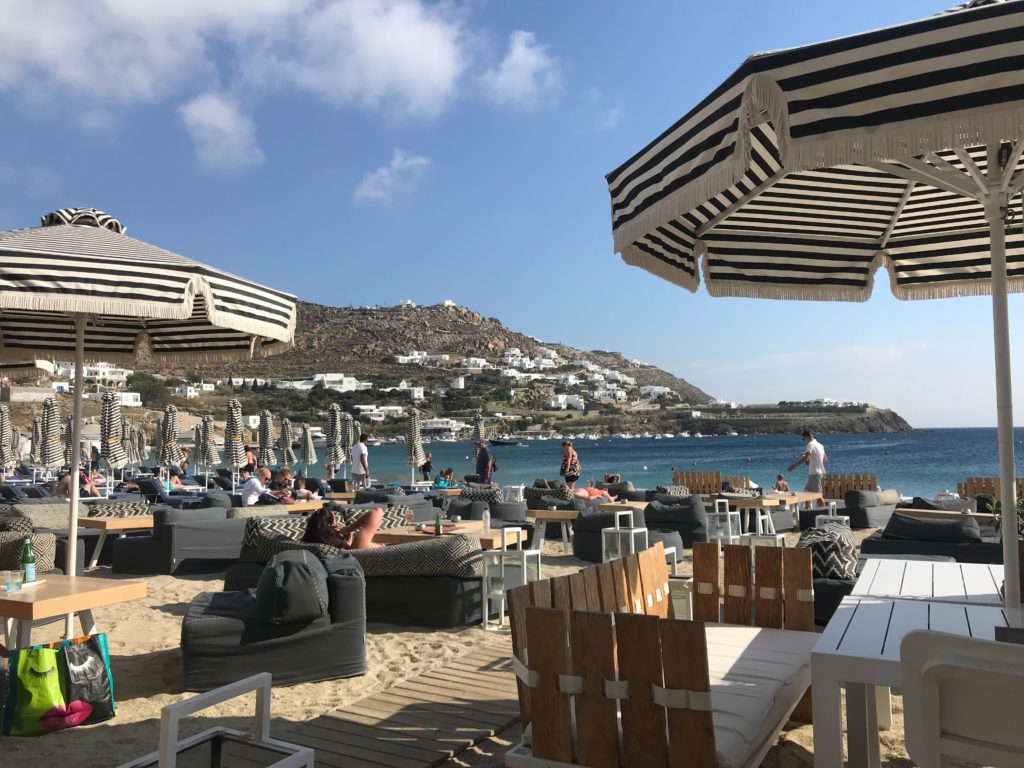 From hotel behind Ornos

For the first two weeks, most hotels, restaurants and bars remain open. Like April and May, October is rapidly growing into a popular month to visit Mykonos.

The advantage over May is that the sea feels much warmer. However, travelers lack experiencing the beauty of the scenery offered during April and May.

Temperatures in the beginning of the month may reach up to 24 degrees, slowly moving down to a maximum of 20 degrees at the end of October. You can experience stunning clear blue skies or heavy rain accompanied by strong winds, even if in just short bursts.

Here some pictures to show what Mykonos looks like in October: 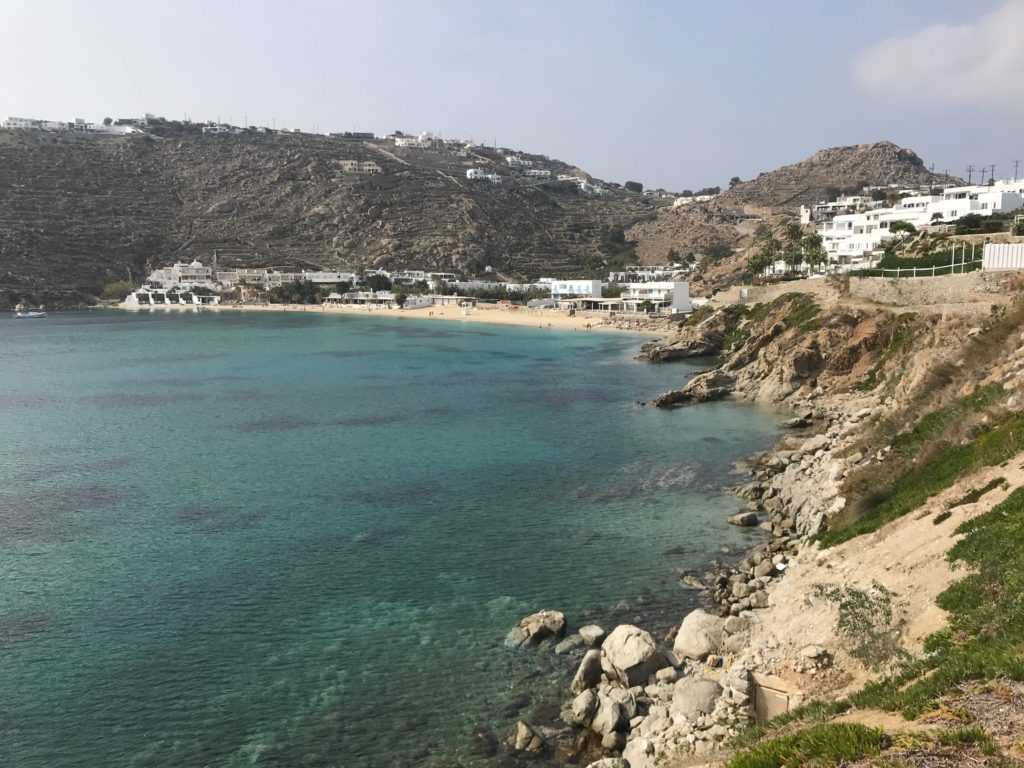 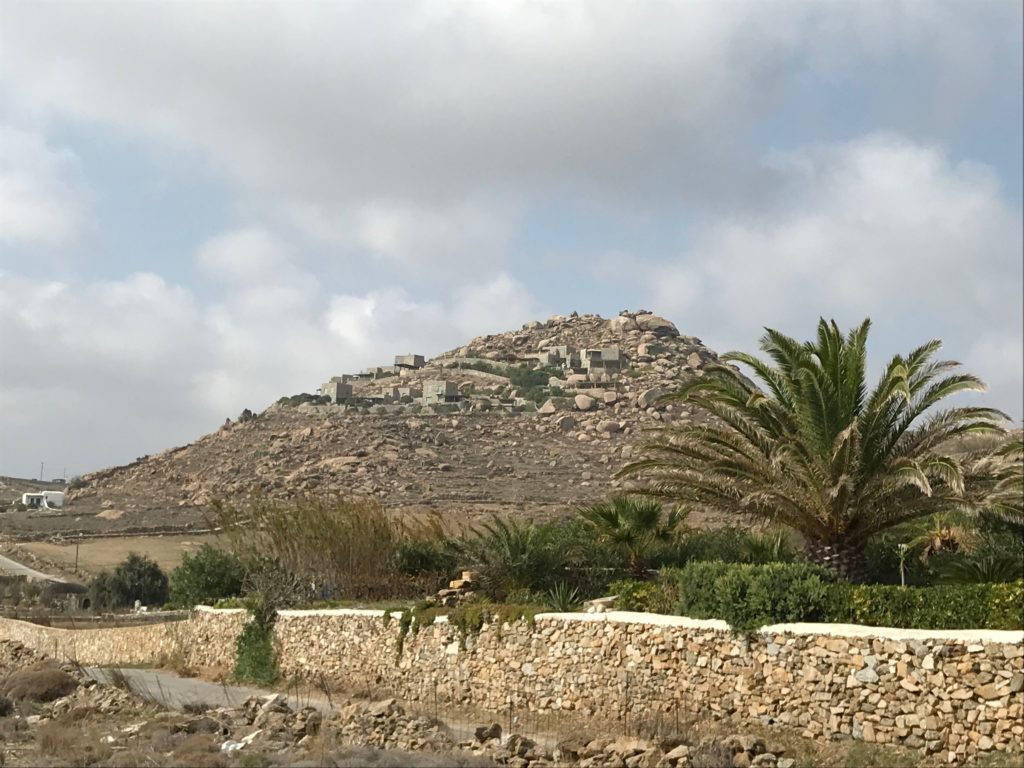 Stone villa on a hill

There are days where the temperature can reach 20 degrees, very similar to April.

A number of hotels and several restaurants remain open, largely due to the cruise ships, which continue to bring tourists till around the 15th of November.

This is a month where people who want to enjoy a quiet Mykonos or those exploring the island for investment opportunities come visit.

Mykonos in November is shown in the pictures below:

View of a hill in town 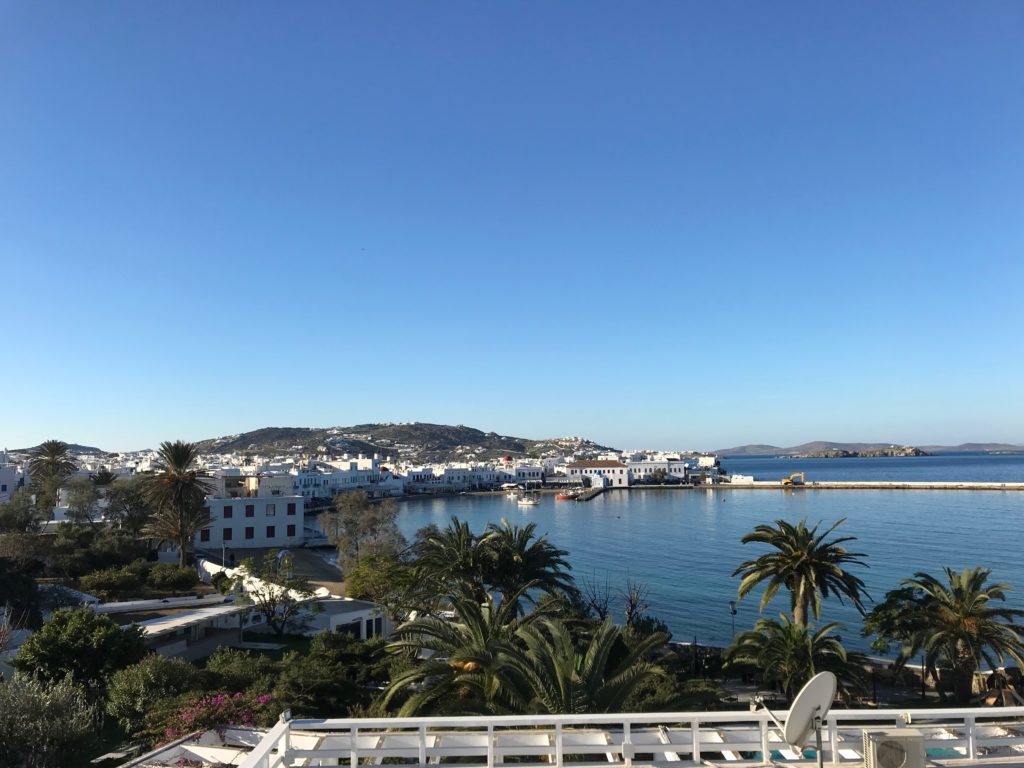 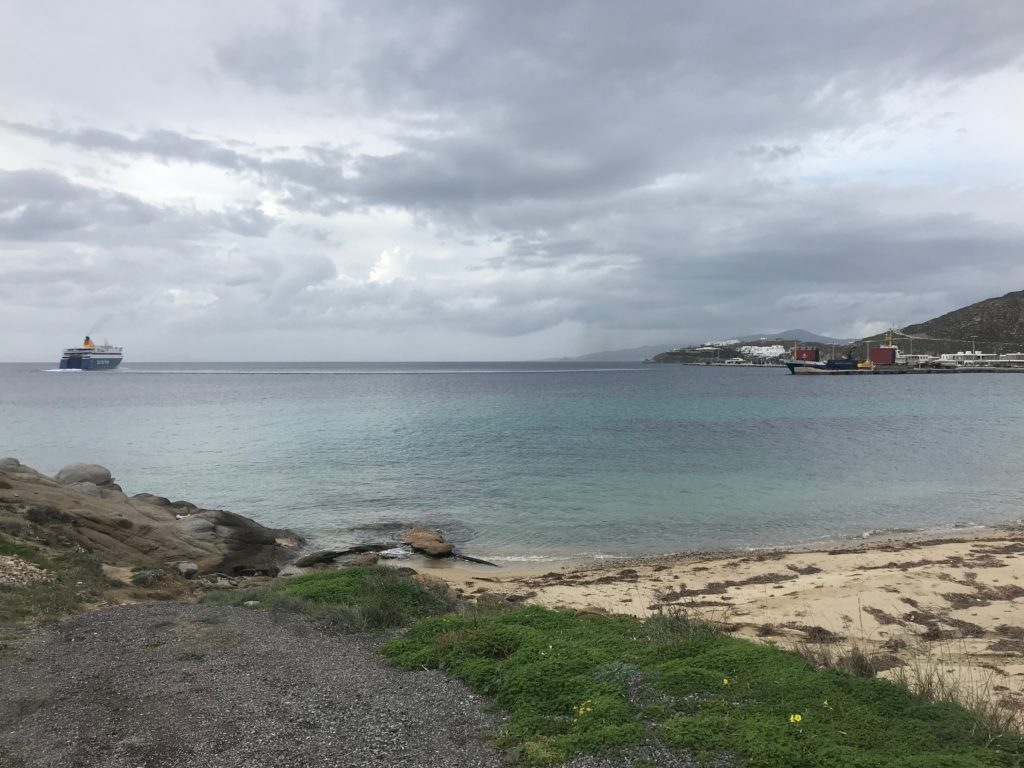 At a small beach in Tourlos

Make sure to visit us again to stay up to date with our latest offers and upcoming updates to our Discovering Mykonos series.